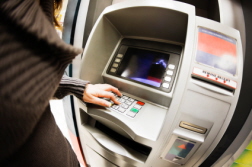 FirstMerit is the latest bank to face legal issues as a result of the excessive overdraft fees. According to the news provider, Fifth Third and Wells Fargo banks were recently accused in similar cases.

The lawsuit against FirstMerit was reportedly filed in Summit County Common Pleas Court on behalf of Donald and Vickie Stevens of Crestline, Ohio, the news source said.

According to the complaint, the Stevens’s had been charged with nearly $1,000 in overdraft fees in recent years stemming from electronic and debit transactions.

“FirstMerit’s overdraft fees often cost a customer hundreds of dollars in a matter of days or hours, even when the customer actually is overdrawn by only a few dollars or not at all,” the lawsuit said.

According to ABC News, the Office of the Comptroller of the Currency estimates that complaints from customers of the 1,500 banks it regulates are expected to reach 80,000 this year.