Do cell phones cause behavioral problems?

Evidence of harm from cell phones continues to emerge: First there was the possible cancer link, and now there’s suggestion that those little hand-held devices may affect children’s behavior.

Children who had exposure to cell phones both in the womb and after birth, up to age 7  had a higher likelihood of behavioral problems than those who had no exposure, researchers said in a new study in the Journal of Epidemiology & Community Health. 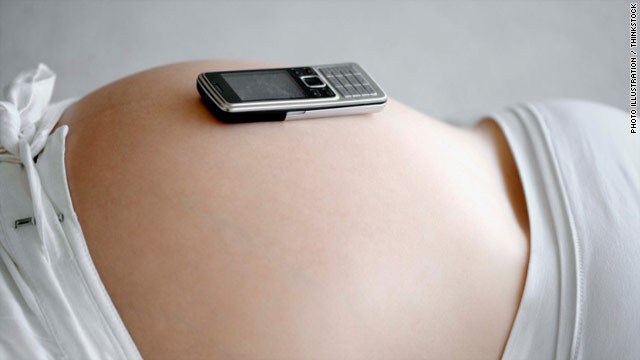 The behavioral problems include hyperactivity and attention and social issues.

“These are important findings, but we are just at the beginnings of learning about potential effects of cell phones,” said Leeka Kheifets, of the Department of Epidemiology at the University of California, Los Angeles, School of Public Health.

Kheifets and colleagues had previously found similar results in a smaller sample, of 13,000 children from the Danish National Birth Cohort. But she said that analysis needed further scrutiny because the mothers in it had been among the earliest adopters of cell phones, she said.

In this study, the researchers looked at more than 28,000 children. More than 10 percent of children who had prenatal exposure to cell phones had mothers who said they spoke on their cell phones four times a day or more. Nearly 50 percent of mothers said they had a cell phone turned on at all times.   Again, these figures are based on self-reporting by the mothers who participated in the study.

They found that, as with the previous study, the more frequently a mother used a cell phone, the greater the risk that her child would have a behavioral problem. This time around, they also ruled out a family history of behavioral problems, as well as the inattention of the mother. Cell phone use and behavior problems were not related to time breast feeding and spent with the child, either, the researchers found.

The association between cell phone exposure is not terribly strong, Kheifets said. Also, the authors do not yet know the mechanism behind the connection between cell phones and behavioral problems. One theory is that cell phone use may lead to excess secretion of the hormone melatonin, which can affect the mother’s metabolism and may influence the development of the fetus’s brain. But this is just a speculation, Kheifets said.

There is also no way to know whether the mothers were telling the truth about the amount of cell phone time they had. It’s impossible to tell from this research whether cell phone exposure really causes behavioral problems.

Still, given how many people use cell phones in the world, it’s important to keep an eye on possible harms, Kheifets said. She recommends limiting exposure to radiation through the use of hands-free devices.