Millions of Americans in at least 31 U.S. cities could be drinking tap water contaminated with the harmful chemical hexavalent chromium, according to a report released Monday by the non-profit Environmental Working Group.

While the dangerous carcinogen, otherwise known as chromium-6, may sound foreign to most people, perhaps the name Erin Brockovich will ring a bell. 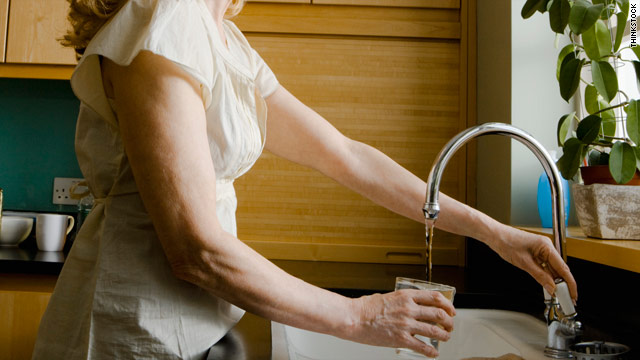 After chromium-6 was discovered in the water supply of Hinkley, California, Brockovich helped bring about a lawsuit that ultimately ended in 1996 with the utility company, Pacific Gas & Electric, paying more than $330 million in damages.  Norman, Oklahoma; Honolulu, Hawaii; and Riverside, California, top the non-profit organization’s list of cities with water supplies contaminated by chromium-6.

The Environmental Protection Agency has classified the toxin as a carcinogen to humans if it is inhaled.  The EPA is proposing to classify it as “likely to be carcinogenic to humans” if ingested as part of a risk assessment the agency is currently conducting. The agency says water utilities are required to test for total chromium levels in the water but not explicitly for chromium-6. Chromium-6 is a natural byproduct of total chromium.

“In order to protect people’s health, EPA has had drinking water standards for total chromium, which includes chromium-6,” the agency said in a statement to CNN. “When this scientific assessment is finalized in 2011, EPA will carefully review the conclusions and consider all relevant information, including the Environmental Working Group’s study, to determine if a new standard needs to be set.”

“I was expecting to find hexavalent chromium in some of the cities we checked, but I didn’t expect it to be so widespread,” said Rebecca Sutton, a senior scientist with the Environmental Working Group and the lead author of the study.

Sutton said there is a well-documented corollary between exposure to chromium-6 and a greater risk of stomach cancer in humans. Additionally, there is ample animal evidence showing a broad risk of gastrointestinal tumors in rats and mice exposed to the toxin, she said.

Worse, skipping tap water in favor of bottled water does not guarantee you’ll be protected.

“Bottled water is not necessarily any safer than tap water,” said Sutton. “We just don’t have any guarantee that hexavalent chromium isn’t in that water.”

So how can you protect yourself? Sutton says your best bet is buying an effective water filter.

“Getting the water filter is a great way to protect yourself and your family,” says Sutton. “It’s a step you can take yourself; you don’t have to wait for government action.”

Samples from the test provided a “one-time snapshot” of water systems that serve 26 million people, the Environmental Working Group said. But the organization said the results show that more federal regulation of the cancer-causing chemical is needed.

California’s state environmental agency has proposed capping levels of the chemical in drinking water at 0.06 parts per billion. The Environmental Working Group said 25 of the cities it tested showed exceeded that level.

To conduct its test, the organization said it recruited volunteers in 35 cities to collect tap water samples “from unfiltered taps in homes or in public buildings such as hospitals, libraries and malls,” the report said.

Here are the cities