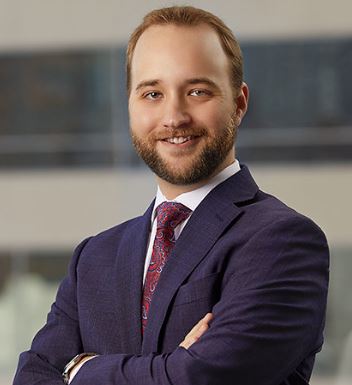 Drew Pate is a versatile trial lawyer who has represented clients in a variety of cases. Born and raised in Texas, Drew now represents clients across the country. Drew focuses on complex commercial litigation including class actions, oil and gas royalty underpayment, securities fraud, breach of contract, business and commercial disputes, and personal injury litigation.

Drew joined Nix Patterson in 2011 and immediately began working on some of the firm’s largest and most complex class action cases. Since that time, Drew has contributed to the firm’s successful resolution of cases recovering over a billion dollars for clients, including a $280 million cash settlement against BNY Mellon for alleged breach of its fiduciary duties and securities lending agreements, as well as a $186 million settlement for the Chickasaw and Choctaw Nations against the federal government.