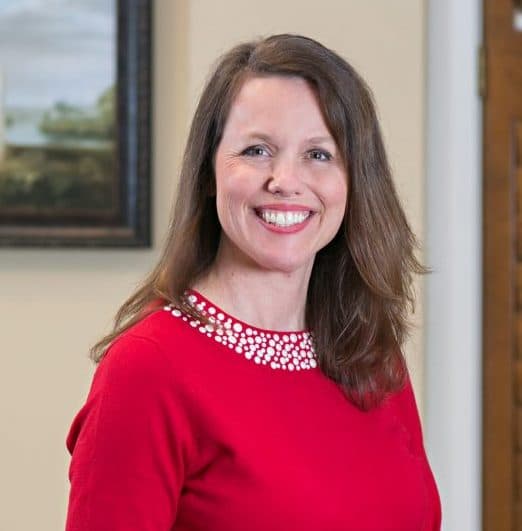 Attorney Heidi Doerhoff Vollet focuses on complex business and governmental-issues litigation, class actions, and appellate matters. She has extensive experience representing plaintiffs and defendants in both federal and state court, from state governmental and political entities, large and small businesses, and law firms, to individuals who have suffered loss or were otherwise wronged or sued for wrongdoing. She advises individuals on trust and estate matters and has assisted clients in successfully resolving litigated and contentious disputes.

Heidi appears regularly in federal district courts, circuit courts, and administrative tribunals throughout Missouri and has successfully handled appeals in the Eighth Circuit, the Supreme Court of Missouri, and the Missouri Court of Appeals, where she has obtained extraordinary writ relief. She has briefed and handled appeals in other federal circuits.

In 2020, Heidi was named by Missouri Lawyers Weekly as a Power 30 lawyer in Commercial and Consumer Litigation. In 2018, she was recognized by Missouri Lawyers Weekly for the third largest settlement in Missouri that year. In 2012, she was selected through peer recognition and professional achievement as one of the top 50 women attorneys in Missouri as published in KC Magazine. For more than a decade, she has held an AV rating from Martindale-Hubbell peer review ratings, the highest rating certification for legal ability and ethical standards. She has received recognition as a Super Lawyer.

Between 2020 and 2021, she served as a Special Master in a commercial litigation matter pending in the United States District Court for the Western District of Missouri in which she issued reports and recommendations that resolved ESI and written discovery disputes.

Heidi is a Master of the Bench in the Elwood L. Thomas American Inn of Court and served as the Inn’s President during 2018-2019. She served as an officer and a director of the Eighth Circuit Bar Association.

Before joining CVDL in 2009, Heidi served as counsel to Chief Deputy in the Missouri Attorney General’s office from 2005 through 2009. From 2002 until 2005, she practiced in the Washington, D.C. office of Covington & Burling. Heidi clerked for the Honorable William H. Rehnquist, Chief Justice of the United States, during the October 2001 term of the United States Supreme Court and for the Honorable John R. Gibson, U.S. Judge for the Eighth Circuit Court of Appeals, from 2000 to 2001.

Heidi lives in Jefferson City with her husband Kevin and their children. They are members of St. Joseph Cathedral parish.

Rotary Club of Jefferson City Rotarian of the Year (2013)