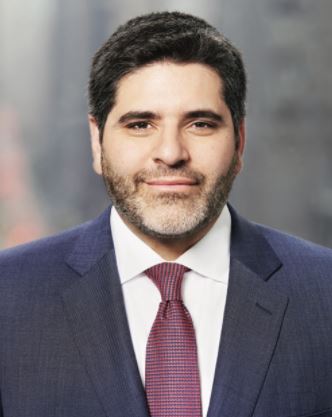 Jeremy A. Lieberman is Pomerantz’s Managing Partner. Jeremy became an associate with the Firm in August 2004 and was elevated to Partner in January 2010. In 2020, he won a Distinguished Leader award from the New York Law Journal and was named a Leading Lawyer by The Legal 500. Jeremy was Benchmark Litigation’s 2019 Plaintiff Attorney of the Year. In 2018, Jeremy was honored as a Titan of the Plaintiffs Bar by Law360 and as a Benchmark Litigation Star. The Pomerantz team that Jeremy led was named a 2018 Securities Practice Group of the Year. Jeremy has been honored as a Super Lawyers® “Top-Rated Securities Litigation Attorney” from 2016 through 2019 – a recognition bestowed on no more than 5% of eligible attorneys in the New York Metro area. The Legal 500, in honoring Pomerantz as a Leading Firm for 2016 and 2017, stated that in New York, “Jeremy Lieberman is super impressive – a formidable adversary for any defense firm.”

Jeremy also secured a significant victory for Petrobras investors at the Second Circuit Court of Appeals, when the court rejected the heightened ascertainability requirement for obtaining class certification that had been imposed by the Third Circuit Courts of Appeals. The ruling will have a positive impact on plaintiffs in securities litigation. Indeed, the Petrobras litigation was honored in 2019 as a National Impact Case by Benchmark Litigation.

Jeremy was Lead Counsel in Pirnik v. Fiat Chrysler Automobiles N.V. et al., No. 1:15-cv-07199-JMF (S.D.N.Y), in which the Firm recently achieved a $110 million settlement for the class. This high-profile securities class action alleges that Fiat Chrysler concealed from investors that it improperly outfitted its diesel vehicles with “defeat device” software designed to cheat NOx emissions regulations in the U.S. and Europe, and that regulators had accused Fiat Chrysler of violating the emissions regulations. The Fiat Chrysler recovery provides the class of investors with as much as 20% of recoverable damages—an excellent result when compared to historical statistics in class action settlements, where typical recoveries for cases of this size are between 1.6% and 3.3%.

Jeremy achieved a critical victory for investors in the securities fraud class action against Perrigo Co. plc when Judge Arleo of the United States District Court for the District of New Jersey certified classes of investors that purchased Perrigo securities on both the New York Stock Exchange and the Tel Aviv Stock Exchange. Pomerantz represents a number of institutional investors that purchased Perrigo securities on both exchanges after an offer by Mylan N.V. to tender Perrigo shares. This is the first time since Morrison that a U.S. court has independently analyzed the market of a security traded on a non-U.S. exchange, and found that it met the standards of market efficiency necessary allow for class certification.

In 2019, Jeremy achieved a $27 million settlement for the Class in Strougo v. Barclays PLC, a high-profile securities class action in which Pomerantz was Lead Counsel. Plaintiffs alleged that Barclays PLC misled institutional investors about the manipulation of the banking giant’s so-called “dark pool” trading systems in order to provide a trading advantage to high-frequency traders over its institutional investor clients. This case turned on the duty of integrity owed by Barclays to its clients. In November 2017, Jeremy achieved precedent-setting victories for investors, when the Second Circuit Court of Appeals held that direct evidence of price impact is not always necessary to demonstrate market efficiency to invoke the presumption of reliance, and that defendants seeking to rebut the presumption of reliance must do so by a preponderance of the evidence rather than merely meeting a burden of production.

Jeremy led the Firm’s securities class action litigation against Yahoo! Inc., in which Pomerantz, as Lead Counsel, achieved an $80 million settlement for the Class in 2018. The case involved the biggest data breaches in U.S. history, in which over 3 billion Yahoo accounts were compromised. This was the first significant settlement to date of a securities fraud class action filed in response to a data breach.

In 2018, Jeremy achieved a $3,300,000 settlement for the Class in the Firm’s securities class action against Corinthian Colleges, one of the largest for-profit college systems in the country, for alleged misrepresentations about its job placement rates, compliance with applicable regulations, and enrollment statistics. Pomerantz prevailed in the motion to dismiss the proceedings, a particularly noteworthy victory because Chief Judge George King of the Central District of California had dismissed two prior lawsuits against Corinthian with similar allegations. Erickson v. Corinthian Colleges, Inc. (C.D. Cal.).

Jeremy led the Firm’s litigation team that in 2018 secured a $31 million partial settlement with three defendants in In re Libor Based Financial Instruments Antitrust Litigation, a closely watched multi-district litigation, which concerns the London Interbank Offered Rate (LIBOR) rigging scandal.

Jeremy had an integral role in In re Comverse Technology, Inc. Securities Litigation, in which he and his partners achieved a historic $225 million settlement on behalf of the Class, which was the second-largest options backdating settlement to date.

Jeremy regularly consults with Pomerantz’s international institutional clients, including pension funds, regarding their rights under the U.S. securities laws. Jeremy is working with the Firm’s international clients to craft a response to the Supreme Court’s ruling in Morrison v. National Australia Bank, Ltd., which limited the ability of foreign investors to seek redress under the federal securities laws. Currently, Jeremy is representing several UK and EU pension funds and asset managers in individual actions against BP plc in the United States District Court for the Southern District of Texas.