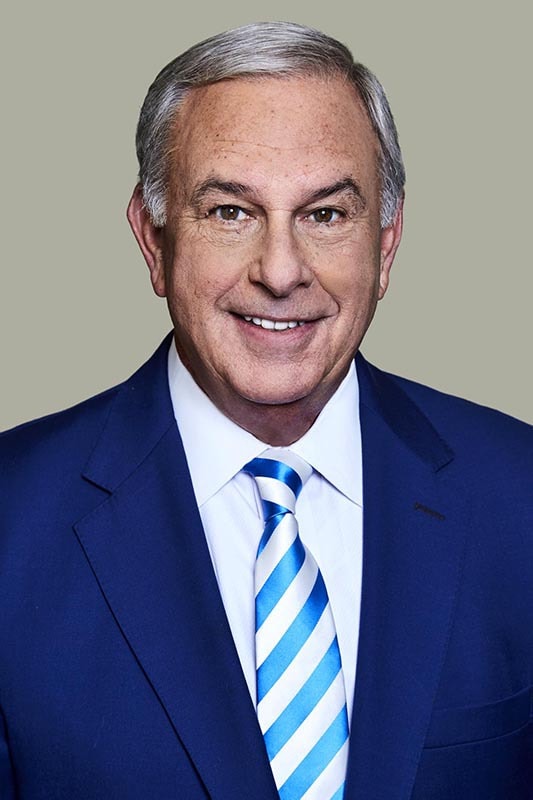 The Supreme Court of the United States

District of Columbia (City and Federal)

Jonathan Schochor is a graduate of the Pennsylvania State University (1968), and the American University School of Law (1971), where he was Associate Editor-In-Chief of the Law Review and has practiced law continuously since 1971. He has served as a Board Member, Secretary, Vice President, and President of the Maryland Trial Lawyers Association, and has further served as the Maryland State Delegate and Maryland State Governor of the Association of Trial Lawyers of America.

Mr. Schochor has focused his practice on the preparation and trial of medical negligence cases for 48 years. Over that period of time, he and his firm have been involved in the investigation of claims and/or representation of plaintiffs in thousands of medical malpractice cases. He and his firm have recovered well over a billion dollars on behalf of his clients, and have prepared and filed more medical malpractice cases than any other lawyer or law firm in Maryland. Mr. Schochor is frequently asked about his success and the success of his firm. Suffice it to say, there have been so many successes – too numerous to recount here. In fact, our success rate is approximately 95% for our clients. As examples, two cases stand out because of their national significance. The first is the Levy Class Action case. Mr. Schochor was the Chairman of the Steering Committee in the Levy Class Action against Johns Hopkins Hospital. Nikita Levy, M.D. was an OB/GYN who secretly videotaped and photographed his patients. He was additionally guilty of boundary violations.

After 8 months of negotiation, the Levy litigation was certified as a Class Action in Baltimore, Maryland in October of 2013. After appropriate Notice of the Class was furnished, approximately 8,000 of Dr. Levy’s patients came forward to actively participate. After ongoing negotiation, Mr. Schochor spearheaded settlement of the case for 190 million dollars. That case was reported to be the largest, single perpetrator, sexual abuse settlement in United States history, at that time. And it stands as the largest Class Action settlement in Maryland history. Also of national significance, Mr. Schochor led the litigation in the Almaraz case – which pioneered a new legal concept. In that litigation, a breast surgeon failed to inform his patients that he had contracted HIV prior to performing invasive surgery upon them. Mr. Schochor sued Dr. Almaraz and his hospital. The hospital claimed that there was no “cause of action” for the doctor’s failure to inform his patients of the HIV. At that time, there was no case law providing a cause of action for the doctor’s conduct. Through that litigation, a new legal precedent was established — that health care providers have a duty to inform patients of their positive HIV status before performing any invasive procedures in the State of Maryland. “I am proud to say that the new case law was adopted not only in Maryland, but in many other states across the country.”

Mr. Schochor has also taught and lectured both nationally and locally for lawyers, physicians and surgeons at institutions such as the Johns Hopkins Hospital, the Johns Hopkins School of Medicine, MedStar, The Patient Safety Movement Foundation (International), the National Association of Dosimetrists, and others. Additionally, he has been a guest expert on a variety of radio and television programs, including the Dr. Oz Show, speaking on issues involving the law, medicine and tort reform.

Mr. Schochor is a first-generation American who credits a great deal of his success to the education he received at the Pennsylvania State University, where he met his wife, Joan. Additionally, he and his wife have endowed two scholarships at the University—one for undergraduate students, and one for graduate students in the Liberal Arts. The Firm has also endowed two scholarships for law students—one at University of Maryland, and one at The University of Baltimore Law School. Mr. Schochor resides in Lutherville, Maryland with his wife of 51 years, Joan. The Schochors have two children and four grandchildren. In his (limited) free time, he enjoys his family, travel, golf, fishing, geometric art design, home construction projects, and reading.

Mr. Schochor supports many charitable organizations. However, two tragedies struck his very close friends — one family lost a child to teen suicide and founded the Kristin Rita Strouse Foundation — a non-profit organization devoted to assisting those who have lost a loved one to teen suicide. Mr. and Mrs. Schochor and his firm have been major supporters of the foundation since its inception in 2001. Additionally, Mr. Schochor is on the Board of the Life and Breath Foundation, a charitable organization dedicated to finding the cure for sarcoidosis—the world’s most common fibrotic lung disease. The Firm has also contributed to many other charities.

Mr. Schochor has received the following recognition, honors and awards:

Jonathan Schochor was selected by The Daily Record as one of Maryland’s power players for the inaugural Power 30 Law List. This group is composed of the most significant, influential and respected leaders in the legal profession, men and women who are innovating and leading in their fields.

Named Lawyer of the Year by Top 100 Lawyers

Named to the Daily Record’s list of Influential Marylanders, recognizing leaders in Maryland, including Law, who have made significant contributions and impact in their fields

Received the Daily Record’s Icon Award, recognizing leaders across Maryland, including law, who are over the age of 60

Received the Daily Record’s Leadership in Law Award, recognizing lawyers and judges whose dedication to their occupation and their communities is outstanding

Over his career, Mr. Schochor has been recognized by many additional organizations including:

• Marquis Who’s Who in the World™

• Marquis Who’s Who in America™

• Marquis Who’s Who in American Law™

• Top 100 Litigation Lawyer in the State of Maryland, The American Society of Legal Advocates

• AV Rating, Martindale-Hubbell™ – a rating which recognizes the highest level of both legal ability and ethical standards

• Maryland State Governor to the Association of Trial Lawyers of America

• Maryland State Delegate to the Association of Trial Lawyers of America

• American Board of Trial Advocates

• The College of Masters, Advocates and Barristers™

Additionally, the firm or its lawyers have been selected for inclusion in the following:

• The Best Lawyers in America©

• The Bar Register of Preeminent Lawyers

• The Litigator Awards – Trial Lawyers Board of Regents