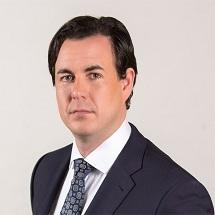 Joseph M. Bruno is widely regarded as a creative, energetic and outspoken advocate of victims’ rights, particularly in difficult and complex cases of liability. He is a defender of class action procedures, seeing them as an important balancing tool in our complex society. He is a graduate of Tulane University and Tulane Law School (1978). In 1979, he went into partnership with his father, Frank S. Bruno, a well-known and respected litigator, most particularly in the field of workers’ compensation.

Joseph Bruno is recognized as an authority in class actions and particularly in class action management. His expertise in difficult and complex litigation has led to his representation of numerous claimants in class action and mass joinder proceedings involving racial discrimination, occupational lung disease, product liability, and wage and hour violations.

Joseph Bruno has been active in the Louisiana Trial Lawyers Association, having served on the Board of Governors for over 20 years. His goal is to build and maintain an aggressive firm that has the courage to fund and handle all types of complex and difficult litigation.