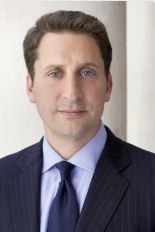 Philip Gordon can be reached at pgordon@gordonllp.com

Philip is the Managing Partner of Gordon Law Group, LLP.

Philip’s practice focuses on the employee, representing individuals in every aspect of the employment relationship, with a particular concentration on class action litigation for discrimination, minimum wages, pay equity and wrongful termination.

As a class action employment attorney, Philip has represented thousands of employees in actions against Wal-Mart, Federal Express, BJs, Ryder and other large employers. Philip also represents senior executives at companies across the nation, guiding them through negotiations and dispute resolution.

Philip is a frequent lecturer and panelist on employment law, litigation and ethics. He has also authored and contributed to numerous article and books, and testifies regularly before the House and Senate on bills concerning labor and workforce development.

Philip writes a general employment blog and an executive compensation blog. You can read these blogs at www.gordonllp.com/the-lawblog and www.representingexecutives.com

WBZ’s Kendall Buhl interviews Gordon about Matt Lauer and sexual harassment in the workplace and the issues particular to executives (November 29, 2017) (Listen)

In addition to his class action practice, Philip has extensive experience negotiating executive employment contracts, severance agreements and equity packages, including matters related to stock options and other forms of equity, as well as severance payments, acceleration clauses, non-competition provisions, benefits and bonuses.

Philip acts as lead counsel in federal and state courts and as lead negotiator in direct and facilitated dispute resolution forums.

What Others Are Saying

Best Lawyers in America, 2016-2021 (inclusion based entirely on peer review; Best Lawyers is the oldest and most highly-respected peer review guide to the legal profession worldwide) (View Article)

Philip is a frequent lecturer and panelist on employment law, litigation and ethics. Below is a selection of recent and some upcoming appearances:

Testimony on proposed changes to noncompetition laws before the Joint Committee on Labor and Workforce Development (Massachusetts House and Senate) (July 18, 2014)

Below is a selection of recent publications:

Recently Quoted or Featured In

WBZ’s Kendall Buhl interviews Gordon about Matt Lauer and sexual harassment in the workplace and the issues particular to executives (November 29, 2017) (Listen)

Represented the United States in the International Championship

After his judicial clerkship, Philip served in the following capacities before founding Gordon Law Group:

GenuOne, Inc. – General Counsel and Executive Vice President. GenuOne was one of the world’s leading anti-counterfeiting companies. It was acquired by OpSec Security, traded on the London Stock Exchange