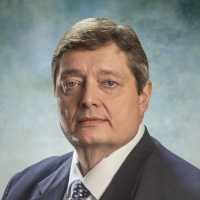 Richard (“Rick”) A. Monahan has been representing West Virginia citizens and consumers for more than 28 years. Rick entered private practice representing civil plaintiffs in 1993 after serving a three-year clerkship with the late, Honorable Elizabeth V. Hallanan, United States District Judge for the Southern District of West Virginia. Among his successful trials, he has obtained verdicts and judgments of $3.9 Million in a wrongful death action arising from a motor vehicle collision and $2.5 Million in a retaliatory discharge case. He has also worked in complex litigation, including substantially contributing to class actions involving natural gas rights, product liability claims involving defective drugs, and other consumer claims resulting in verdicts or settlements in the hundreds of millions of dollars.

Rick is also known for his extensive appellate work. In addition to his involvement in numerous appeals before the West Virginia Supreme Court of Appeals, he also fully briefed and argued a case before the United States Supreme Court, resulting in a unanimous decision in favor of West Virginia class actions plaintiffs in Smith v. Bayer Corp., 564 U.S.299 (2011). Rick was selected as Appellate Lawyer of the Week for his argument in that case by The National Law Journal.

Based upon his achievements and experience, Rick has received the highest rating, an AV® rating, offered by Martindale-Hubbell. He has been selected as a West Virginia Super Lawyer. He has also been named a Top 100 Trial Attorney for plaintiff civil litigation by The National Trial Lawyers as well as a Top 25 Attorney in Class Actions and Product Liability Actions by such Association. Additionally, The National Association of Distinguished Counsel has named him among the Nation’s Top One Percent of attorneys.

Rick is married to Marilyn (Biggers) Monahan and has three step-children. He lives in Wheeling, West Virginia.