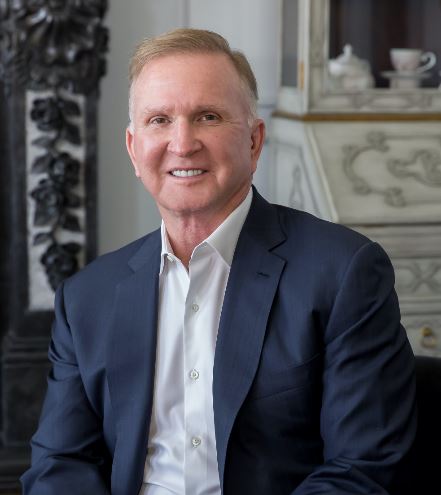 Robert heads the trial team at Eglet Adams and is the lead trial counsel on all major cases. The awards and accomplishments listed below are only a sampling of the reasons why this firm’s Senior Partner, Robert Eglet, is the most respected and sought-after trial lawyer in Nevada. A testament to this is that Robert receives referrals from hundreds of attorneys from around the United States to try their cases for them. Robert is also routinely asked to lecture around the country to various trial attorney organizations and bar associations on trial practices for product defect, large catastrophic injury, and wrongful death cases.

Robert is a past President of The Nevada Trial Lawyers Association and served on its Board of Directors for three years. He serves on the Board of Trustees at Citizens For Justice. He is on the Executive Committee for The National Trial Lawyers Association and is a member of the Board of Trustees for the Nevada Access to Justice Commission. Robert also serves on the National Advisory Board of the Association of Plaintiff Interstate Trucking Lawyers of America and is their Regional Director for Nevada, Utah, Arizona and Colorado. Robert is a sustaining Pillar of Justice and Guardian of Justice of the Nevada Justice Association.

A resident of Nevada since childhood, Robert graduated from Western High School in Las Vegas. Thereafter, Robert earned a degree in economics, with honors, from the University of Nevada, Las Vegas. Robert went on to receive his Doctor of Law (J.D.) degree from the University of the Pacific, McGeorge School of Law, where he graduated in the top 10% of his class. Robert is also a graduate of University of California, Hastings College of the Law Trial Advocacy Program and the National College of Trial Advocacy.

After completing his legal education, Robert returned to Las Vegas joining one of Nevada’s oldest and most prestigious law firms where he spent the next four years developing his skills as a trial lawyer. Robert then started his own law firm specializing in defending catastrophic injury, insurance bad faith, and wrongful death cases. Over the next decade Robert successfully built his firm from two to twelve attorneys, becoming one of the most respected defense firms in Nevada. At the same time, Robert continued to try countless cases.

In 2000, Robert sold his defense practice to his partner and began his partnership with his current partners where he specializes in representing the significantly injured, victims of product defects and defective drugs, commercial trucking accidents, insurance bad faith, and wrongful death clients.

When Robert is not pursuing the rights of injured victims, he and his wife Tracy Eglet, also a Partner with Eglet Adams, split their time between their three grown children and the charitable organizations they support within the community.

University of California, Hastings College of the Law

McGeorge School of Law, University of the Pacific, Sacramento, CA

The University of Nevada, Las Vegas

Bachelor of Science, with Honors