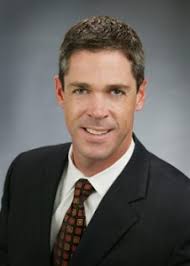 Romano Law Group attorney Todd Romano, a 2012 Super Lawyers Rising Star, practices in the areas of personal injury and wrongful death, product liability, mesothelioma/asbestos, claims against the government (Federal Tort Claims Act) and commercial litigation. He is also a member of the Taos Group, an association of prominent trial attorneys from around the country who work together to better serve the needs of their clients.

Todd is a 1995 graduate of University of Iowa, where he enrolled in post-graduate studies in psychology while completing his final season as a scholarship student-athlete (place-kicker and punter). In 1999, he received his Juris Doctor degree from Stetson University College of Law. After earning a commission as a Second Lieutenant in the United States Marine Corps before his final year of law school, Todd began his active duty tour in the U.S. Marine Corps shortly after graduating from Stetson.

While in the U.S. Marine Corp, Todd gained a wealth of knowledge in military law. As a Judge Advocate, he oversaw and conducted criminal and civil investigations; drafted policy and opinion letters on government ethics and standards of conduct; and conducted legal review of requests for information under the Privacy Act and the Freedom of Information Act. Later, as head of the Claims and Investigations Section of the Civil Law Office, Todd handled criminal and civil investigations, as well as claims brought by and against the United States and the U.S. Marine Corps under various Federal Claims Acts, including the Federal Tort Claims Act. During his final year of active duty, he served as a Trial Counsel, where he prosecuted over 120 criminal cases under the Uniform Code of Military Justice before his honorable discharge in July 2003.